A member from the Apollo team Renaud Schweingruber demostrates how easy you can attach a V4 standalone with an external keyboard monitor solution and in the future you can
have a portable 68k Amiga. Vampire is an FPGA solution with reasonable price
and easy it can reproduce a high end 68k Amiga.
Watch the Video from his personal YT account.

Posted by VintageComputersSociety at 16:00 No comments:

Retro Planet: have no fear 'cause 23 is here! 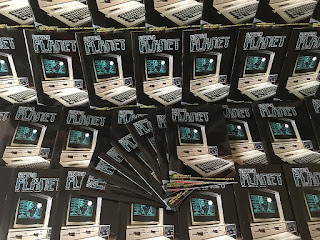 Yes its here.
The 23rd issue of Retroplanet Magazine is out.
You were informed by Dony's Blog the issue will be ready maybe before Amicamp #7
and here it is.Ready to be delivered at your doorstep. 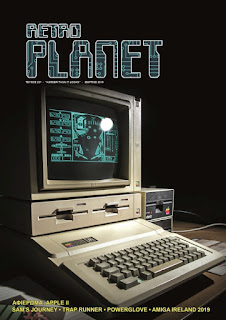 Fresh and still smelling ink when we see the cover art photoshoot from Antnik we can understand the content will be interesting too.

We have our new section followed by the Amiga News article covered by George Sokianos. 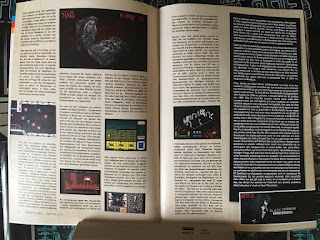 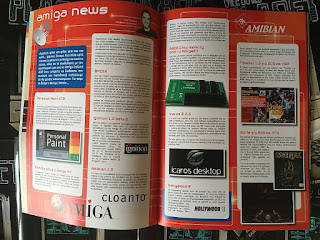 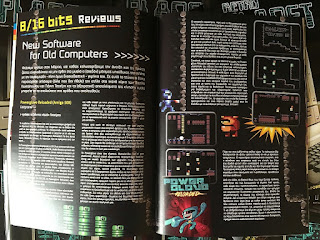 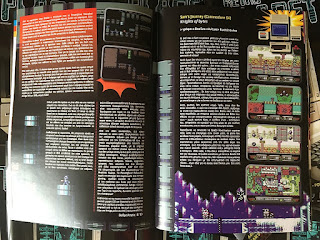 More content including the 8 magic bits section covering the Apple with Steve Jobs and Steve Wozniak and their story for Apple II computers.
We also dont forget the Music related pages on the magazine 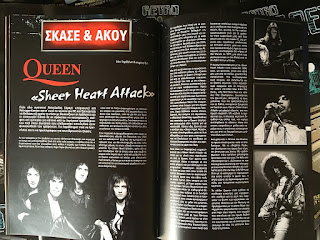 Posted by VintageComputersSociety at 17:28 No comments:

Email ThisBlogThis!Share to TwitterShare to FacebookShare to Pinterest
Labels: Retroplanet

This week 10 MARC doing a tutorial on the wonderful Amigavision program from the early nineties. HE will be building a small presentation with Audio, video, static images and animations. Everything was created on an Amiga 500 and an Amiga 4000. The pictures were captured on his DCTV in 24 bit color and converted to HAM6 with AdPro. The audio was captured with an AD516 card in his A4000 and converted to 8 bit 8SVX files.
Follow 10 minute Amiga Retrocast for more Amiga content
Posted by VintageComputersSociety at 12:14 No comments: 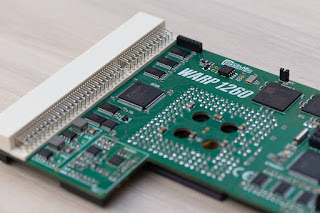 There is a new hardware accelerator developement on the A1200 we all dream about
we heard the news and we inform you that this accelerator is a new 68060 brand new card with lots of capabilities to offer such as wifi usb clockport FPGA co-processor and many more. 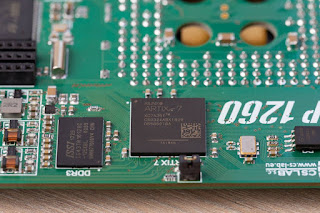 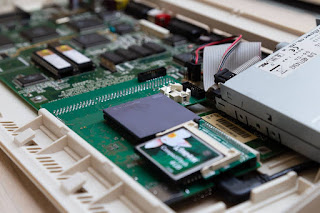 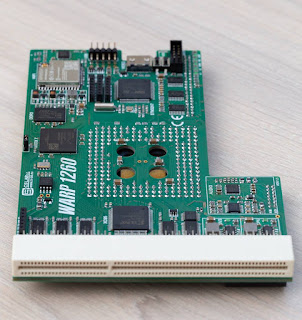 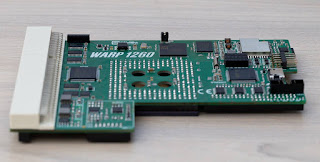 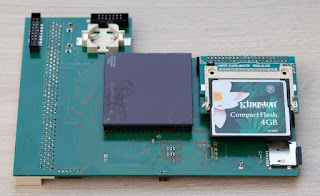 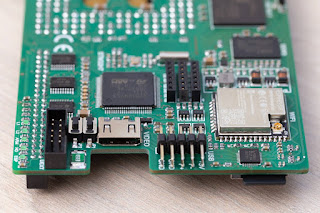 Is there audio from hdmi - yes, for video optional flicker-fixer will be offered. There is special port on Warp1260 for it.

The Card is almost entering "beta" stage, so a bit of patience, but it will be availabe later this year.. Later updates will add more great features
No price announced but be paitent.
Only Amiga makes it possible :)
Posted by VintageComputersSociety at 20:31 5 comments: 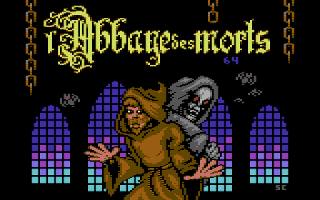 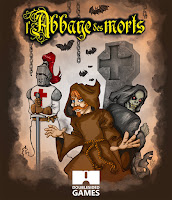 The game is Available on the link shown:
DoubleSidedGames
Posted by VintageComputersSociety at 08:24 No comments:

Tomorrow  VCS will release their 4th Intro made on Amstrad CPC on our youtube channel.
Demo was made from Dony, member of the VCS club and owner of the Dony's old computers blog.
More releases of Demos will come in the near future.
You may wander what other demos are available ? what no.4 ? where are the other 3 parts?
Dont worry, follow our youtube channel for more demoscene stuff from various retro platforms. 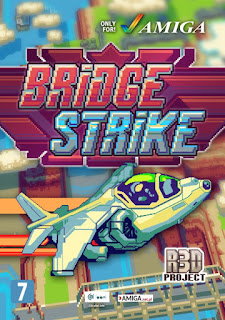 The is a new Amiga game by Project R3D, awarded second place in the Game Competition at RetroKomp event in Gdańsk. Get behind the controls of your plane and fight for peace. You are the last hope!

Preorder your game from amiganet.pl


Posted by VintageComputersSociety at 12:30 No comments: 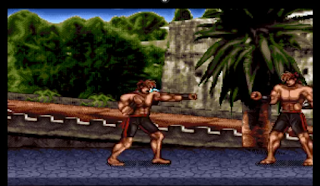 Posted by VintageComputersSociety at 23:01 No comments:

Tetris Pro for Amiga gets a facelift after 21 years

Total awesome. Who will believe that after 21 years one classic game made in AmosPro2.0
will recieve an update in 2019. Tetris Pro V.1.5.4 is out there and the classic game got some nice touches. Music has changed and nice particle effects added on line drops. I will miss the dull song from the old version but i still got it in my Amiga HD backup.
watch gameplay on the YT video

Aminet download Link
Posted by VintageComputersSociety at 10:30 No comments: 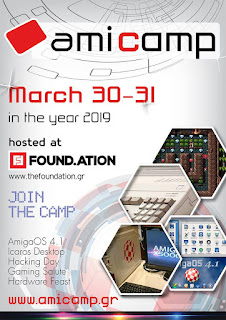 Amicamp is here again this year for the 7th time. The biggest amiga event in Greece related around Amiga Hardware AmigaOS4.1 Icaros next gen Amigas and the culture of Amiga Computers. This year the Amiga Fans all around Greece will gather for the annual Sensible Soccer Cup #3.

We will also have 2 Vampire accelerated Amigas (V600 V2 - V500 V2) boosting the event with lots of Demoscene music Videoclips and Internet browsing on an A600. Also Amithlon Laptop will be present on the Amicamp event. Members from the VCS Athens Club will also bring MorphOS PPC updated systems to complete the Amiga Experience on an exciting weekend on
30-31 of March on 2019.   Join The camp.

More info in the links bellow :

Email ThisBlogThis!Share to TwitterShare to FacebookShare to Pinterest
Labels: Events 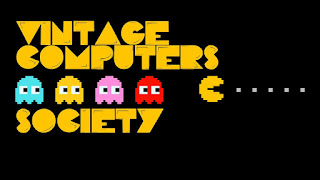 Welcome to The Vintage Computers Society (VCS) of Athens Greece. This is the 1st post for starting this new blog related to retro gaming , retro news , hardware reviews , interviews with retro community members , events and many more related to our favorite computers and consoles from the past 3 decades we all loved and share our respect till today.
VCS is located in the Heart of Athens. A vast collection of Computers are present in the Club and all the members have contributed for the Huge collection of Home micro computers and consoles from various companies such as Commodore , Acorn , Amstrad , Sinclair , Apple , Sega , Nintendo , Neo Geo , Atari , Philips and many more.
There is also a huge collection of Retro joystics and gamepads from Greek Companies and other brands from around the world.
We also have a big love For Amiga Computers and many members are equipped with the latest technology on hardware based amigas using Vampire Accelerators and the latest gadgets on hardware.
We also support the Greek Retroplanet Magazine. The only retro magazine in Greece printed on paper with readers from all around Greece.
VCS members also supporting the Greek Retro Exhibitions with Vintage computers, consoles and presentations in various locations in Athens.

Stay tuned for more Vintage evolution.
Posted by VintageComputersSociety at 16:02